Australian wine is renowned all over the world for its big, bold reds. We specialise in them here in Mudgee, where Shiraz and Cabernet Sauvignon flourish. At Thistle Hill, our estate wines are made from 100% organic grapes grown on our farm.

Australia is the fifth biggest exporter of wine. Every year, we send a whopping 780 million litres overseas. We keep plenty for ourselves, too. In fact, Australians consume around 30 litres per capita per year – and around 84% of it is made here in Australia.

Where is Australian wine made?

Every single state in Australia produces wine. There are more than 60 wine regions, covering more than 160,000 hectares and home to more than 2,000 wineries. The majority are in the country’s coolest areas: Tasmania, Victoria, South Australia, New South Wales and the southern sections of Western Australia and Queensland.

Thistle Hill is in the Mudgee region, which lies around 270 kilometres northwest of Sydney – or three-and-a-half hours’ drive. There are more than 35 cellar doors, offering a diversity of varietals and flavour profiles. Our property in the Erudgere Valley grows organic Shiraz, Cabernet Sauvignon, Pinot Noir, Riesling and Chardonnay. 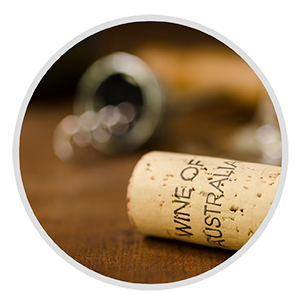 What is the history of Australian wine?

Despite being such a massive producer globally, Australia does not grow native vineyards. It was 1788 when the first winemaking grapes arrived here – with the First Fleet. Over the following 100 or so years, winemaking regions were established in the Hunter Valley near Sydney, the Barossa Valley near Adelaide in South Australia, the Yarra Valley near Melbourne in Victoria and further afield.

Mudgee’s first grapes were planted in 1858. By 1893, 55 vineyards were in operation. Thistle Hill was founded in 1975 and has been all organic ever since. Our land has been free of pesticides, herbicides, fertilisers and other chemicals for longer than four decades.

Shiraz, Australia’s most popular winemaking grape, is central to our production. The current release offers several – from the 2016 Nine Bunches Organic Shiraz to the stunning 2017 Block 10 Organic Shiraz.

Our winemaker, Dr Tim White, has spent years studying and perfecting winemaking techniques. He knows exactly how to get the most out of our succulent, organic fruit. That’s why our wines have a reputation for vibrancy, richness and expressiveness. 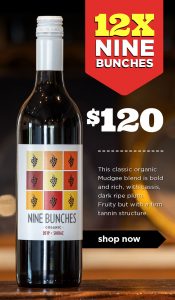 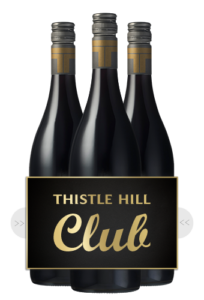